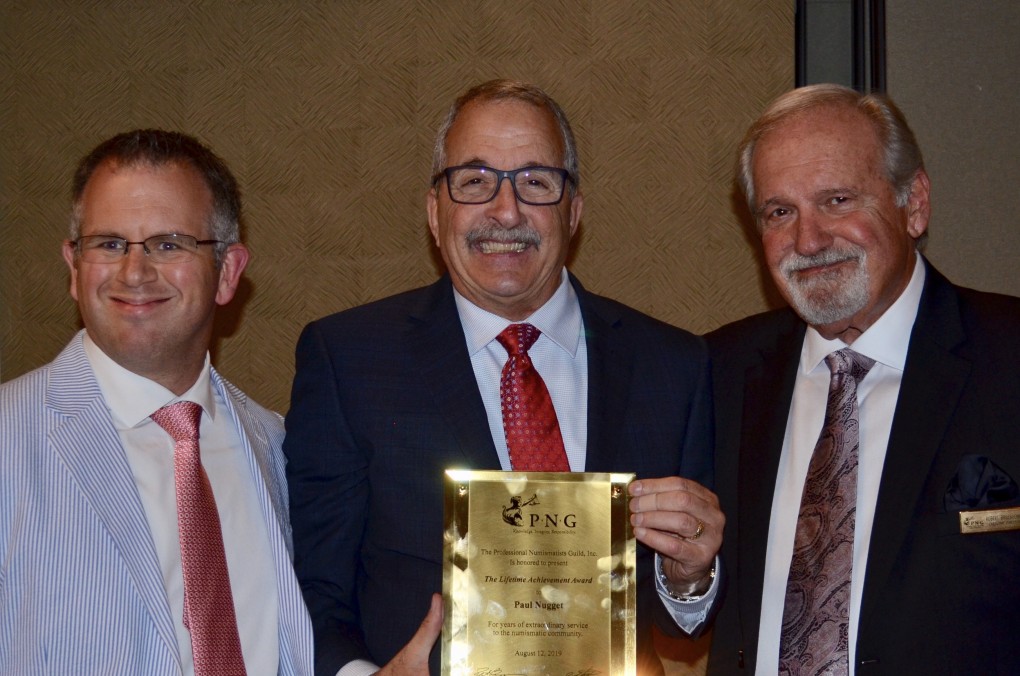 Each year the PNG publicly recognizes outstanding achievements in the hobby and the profession by honoring deserving recipients with awards in a half-dozen categories. We cordially welcome and strongly encourage nominations from all collectors and dealers,” said Brueggeman.

Award nominations must be made by May 29, 2020, and should be sent directly to the appropriate award category officials. The categories and contacts are:

Abe Kosoff Founders Award: Presented to a PNG member-dealer with steadfast dedication to the entire numismatic community and who has made a significant contribution to the Guild or to the numismatic fraternity in general the past year. The award is named after PNG’s Founding President who spearheaded the 1953 launch of the organization. Committee Chairs: Richard Weaver and Wayde Milas.

Sol Kaplan Award: To recognize efforts and contributions in combatting crimes against the numismatic community, this award is presented to someone who has given their time in an attempt to rid the profession of fraud and thievery. The award is jointly presented by the PNG and the Lewis M. Reagan Foundation. It is named after a former PNG President and Ohio dealer who was personally responsible for the apprehension of several people suspected of committing numismatic-related crimes. Committee Chair: Robert Brueggeman.

Robert Friedberg Award: Presented to an author in recognition for an outstanding book or other literature. Named in honor of a publisher and author of numismatic reference books, this award is not automatically given each year. It is only given when there is deemed to be a worthy recipient or recipients. Committee Chair: James A. Simek. Note: A copy of each book nominated for this year’s award must be submitted for delivery no later than May 30, 2020 to James A. Simek, P.O. Box 7157, Westchester, IL 60154-7157.

Lifetime Achievement Award: Presented to a numismatist for his/her extraordinary devotion to numismatics and who, over their lifetime, significantly contributed to the hobby or profession. Committee Co-Chairs: John Brush and James Sego.

Significant Contribution Award: Given to those who have made exceptional, beneficial efforts over the years on behalf of PNG and the profession, and also added to the hobby. Committee Co-Chairs: Barry Stuppler and Duston Johnston.

The award winners will be announced at the annual PNG Day banquet scheduled for August 3, 2020 following the planned PNG Day show. The PNG Day show, at the David L. Lawrence Convention in Pittsburgh, Pennsylvania, will be open to the public and conducted the day before the start of the planned American Numismatic Association’s World’s Fair of Money® at the convention center.

The Professional Numismatists Guild is a nonprofit trade association composed of the country’s top rare coin and paper money dealers who must adhere to a strict Code of Ethics in the buying and selling of numismatic merchandise.